“As a queer, nonbinary, Southern human, disordered eating was the prevailing ingredient of my upbringing. As I came of age and came out of the closet at 17 (mind you, this was early 2000’s before using the words ‘queer’ or ‘nonbinary’ to identify was mainstream), I had no frame of reference for what I was feeling and attempting to maneuver. All I knew was what my lesbian friend group provided me — femme or butch. And because I was fat, butch was my only option. So I played the role in order to fit in,” says Alex, a care coordinator at Included Health. Before they ever came out, Alex knew that no label could define their gender identity or expression. “But I didn’t realize that while I was searching for a label in order to feel like I belonged to at least one category, and subsequently one friend group, I was also learning how to dissociate from myself and my body.”

Systemic violence can impact how queer and trans people perceive and witness their own bodies through extremely gendered beauty standards based in binaries, even within the LGBTQ+ community—which can show up in eating disorders and other related symptoms.

For Alex, one main coping mechanism was food. Though they explain that they’ve always “resided in a fat body,” which they were bullied for, they thought it would end once they found fellow queer humans. What they hadn’t considered, they mention, was that fatphobia and transphobia run so deep in the systems that have been oppressing us all that they’ve even infiltrated our own communities. After years of therapy, and working with a food therapist specializing in all of this more recently, Alex has finally begun to work through layers of shame about food and their body in order to “welcome peace and comfort inside the walls of my fat, queer, nonbinary body.” What they can now understand, through support, is, “I have unconditional permission to eat, my weight does not equal my worth.”

They’re far from alone in their experience. According to a 2020 literature review published in the Journal of Eating Disorders, queer and transgender people are at a higher risk of developing either an eating disorder, disordered eating habits, or both compared to straight, cisgender people. Additionally, some type of disordered eating often coexists with mental health struggles (like anxiety or depression) or other psychological conditions.

This reality isn’t due to personal failures. Eating disorders and struggles with body image are often a symptom of the trauma associated with living in a cissexist, patriarchal, and queer antagonistic society rooted in the gender binary. Typically, our society has rigid ideas of what men and women are “supposed” to look like, even though cisgender men and women rarely ever meet this unrealistic beauty standard. Though nonbinary and trans people are rarely recognized widely in culture, even when genderqueer people are given credence, occupying this identity is often misrepresented as synonymous with androgyny, forcing people outside of the gender binary into a monolithic, unfair standard.

How gender dysphoria and body dysmorphia contribute to disordered eating

“My body is not wrong, and I was not born in the wrong body, but trying to navigate the world as a guy with a body that everyone assumes is a ‘woman’s’ body because it has tits and a vagina—spoiler alert: it’s not!— is hard,” explained Quinn Rhodes, a sex writer who has experienced disordered eating over the past six years. “I want so badly for my body to look different, and I don’t believe I have to ‘overcome’ my [gender] dysphoria to love my body, but that is different to holding my body to a ridiculous standard of what is acceptable for it to look like,” he says.

Rhodes speaks to how gender dysphoria—the feelings of distress and discomfort a person experiences when their assigned gender doesn’t match their true, chosen gender—impacts his relationship to his body as a transgender men, which can be connected to disordered eating habits.

“Gender dysphoria varies from person to person, but often is triggered by or focused on specific parts of a person’s body and outward appearance,” elaborated Dr. Brian Knox, Staff Physician at Included Health. “Disordered eating behaviors may then come into play. It is important that we recognize that there are medical interventions that can alleviate symptoms of gender dysphoria—medications to stop puberty, stop menstrual cycles, and medications that can masculinize or feminize the body—and get people connected to the right gender-affirming healthcare.”

Likewise, trans people (as well as cisgender queer people who don’t experience gender dysphoria) may also experience body dysmorphia—similar feelings of distress rooted in a false belief that a certain body part or physical appearance is defective or ‘wrong’—which can often co-exist with disordered eating.

“Gender dysphoria and body dysmorphia both impact my self-perception,” explained Scout Silverstein, researcher and policy advocate for Fighting Eating Disorders in Underrepresented Populations (FEDUP). “It’s helpful for me to try and take a gentle body liberatory framework with my thought processes and to continuously expose myself to bodily diversity.”

While western beauty standards that are rooted in colonialism impact everyone, they specifically contribute to systemic violence against Black people, people of color, and elsewise racially marginalized people. This can show up more passively in the drug store where darker skin tones aren’t made in foundation product lines to more aggressively in the hospital where Black pregnant people receive such poor paternal care, so much so that they’re more likely to die giving birth. Additionally, those who are racially marginalized are not only up against Eurocentric standards, but their disordered eating and struggles with body image are also less likely to be diagnosed by a medical professional, and therefore less likely to receive treatment, according to VeryWellMind. Although medical intervention can be beneficial and even necessary, it’s important to recognize Black and Brown people, especially within the LGBTQ+ community, are often barred from accessing it at all—or have medical trauma from negative experiences with healthcare providers that stops them from feeling safe enough to find professional help. Altogether, this all undoubtedly negatively impacts the health of Black and the most marginalized people harmed by the very systems that should be helping them.

The pressure to change from a cisheternomative society

AIDS was once referred to as “gay-related immunodeficiency disease (GRID)” due to its prevalence among cisgender gay men in the 80s, despite later evidence that AIDS could impact anyone regardless of their gender or sexuality. Following that stigmatizing, harmful myth that AIDS only impacts people in the LGBTQ+ community, similar queer-antagonistic sentiments over the years have incorrectly claimed queer people are “unhealthy” and “unnatural.” This also fed the idea that conversion therapy could be a “cure” to rectify the behavior, and therefore health, of people in the LGBTQ+ community. To be clear: conversion therapy doesn’t “cure” anything but can cause medical, psychological, and other damage of its own.

Certified integrative mental health professional and licensed clinical social worker L. Rebecca Connell draws the parallel between queer and trans people historically being pressured to change their sexualities, much of the way larger bodies are pressured to shrink themselves.

“There’s a misconception that lower weight is better health and that it’s a good idea, for people living in larger bodies, to make their bodies smaller,” they told Included Health. “The scientific data does not support that idea. When we look much more closely at the science, what really drives health outcomes in the United States is really structural issues related to living in late stage racial capitalism.” Living in certain zip codes, for instance, can negatively impact a person’s health alone as well as their ability to access quality healthcare.

Furthermore, it’s important to differentiate between body antagonism and bodily autonomy. Body antagonism tells us we need to change our bodies because our body is inherently “wrong,” e.g. People with larger bodies actively being told their bodies are an individual moral failure. Bodily autonomy, however, involves the right to make decisions over one’s own life and future. Transgender people seeking to medically transition and change their bodies—much like pregnant people seeking abortion care—shouldn’t be written off as perpetuating or “caving into” body antagonism.

“Gender-affirmative medical procedures and elective medicalized beauty procedures can help us [trans people] to feel agency and access a more authentic way of living,” Silverstein added. “Too often, changing one’s body when in eating disorder recovery is viewed as a maladaptive behavior when, in reality, it can help people to access a sense of embodiment that otherwise feels unsafe or impossible. I’m a big fan of tattooing as a means to body reclamation, personally.”

Moving forward and healing from disordered eating and body dysmorphia

Despite the trauma that queer and trans people endure individually and as a community, there are both individual and collective ways to heal from disordered eating. From an individual standpoint, eating disorder treatment is available and no longer exclusively a one-size-fits-all, in-person residential form of treatment catered towards only young cisgender women.

“It’s not always easy to speak up and reach out for help, but please know that your health and quality of life are important, and there are professionals who can assist,” Knox added. “Please reach out to a trusted healthcare professional to get connected to care. There are also national organizations that can provide resources and support, such as the National Eating Disorders Association.”

In addition to therapists and psychiatrists to assist with mental health care, dieticians and nutritionists can support those in eating disorder recovery. Particularly, nutritional support can help people identify, process, and overcome disordered thoughts around food and other harmful patterns. Nutritional support can also serve as a way to develop a holistic, positive relationship with food. Intuitive eating, for instance, promotes honoring hunger while rejecting diet culture ethos. Likewise, the Health at Every Size framework rejects the ideology that weight, body size, body shape, or BMI (body mass index) are indicators of a person’s health—and instead, insists a person of any size can be in good health.

In the face of eating disorders and the trauma behind them, there’s still hope for a liberatory future beyond just accepting queer and trans bodies of all shapes and sizes—we should celebrate them, too.

“We can create a better and more liberatory future by ensuring that we are centering diversity and not simply tokenizing people with ‘atypical’ appearances,” added Silverstein. “I would love to see more short people, fat people, people with skin issues, South Asian people, and people with disabilities in media. Cultural competence training should be held regularly within organizations, not a ‘one and done.’ I’d love to see more ‘passing the mic’ and people using their platforms to engage in meaningful dialogue. We must have more treatment access scholarships available for transgender, gender-diverse, and intersex people. We need health insurance parity. We need access to safe, culturally appropriate, affordable, and joyful food.”

At Included Health, we strive to provide friendly and exceptional healthcare navigation services to the LGBTQ+ community. Join our mailing list to receive more health and wellbeing updates from our care team. And please do not hesitate to contact us to #GetIncluded for your company, health plan, and community. 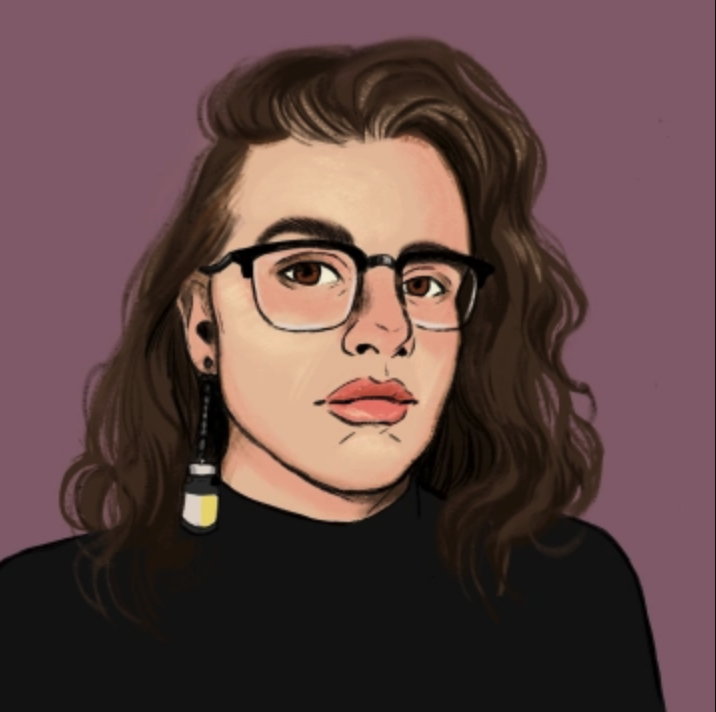 Adryan Corcione is a freelance journalist and content writer who reports on health and wellness topics, especially as they relate to social equity. To learn more about their work, visit their website and follow them on Twitter.